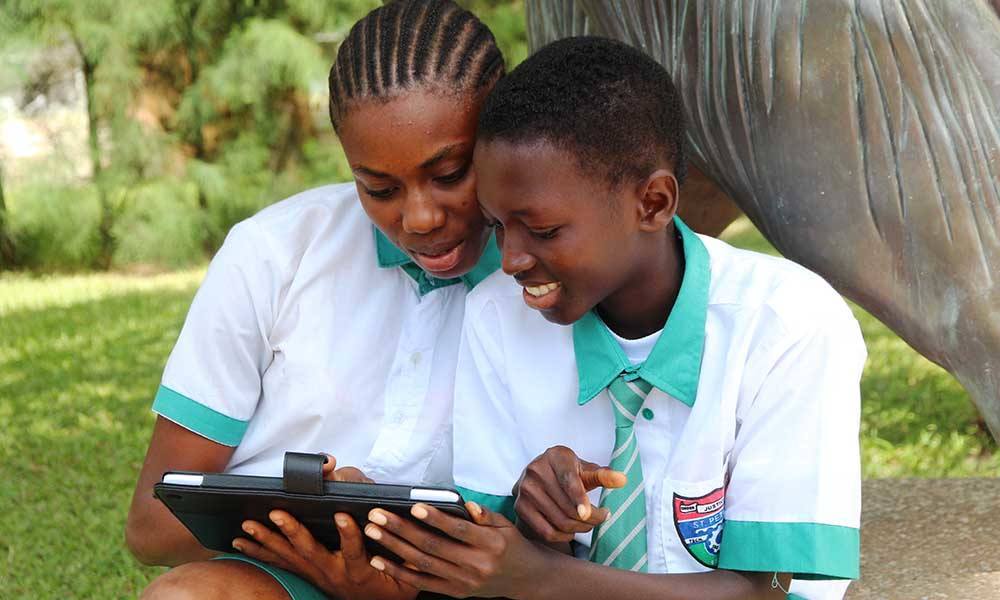 Find Your Solution in EdTech for All

Find Your Solution in EdTech for All

While “an army of teachers wielding Nook tablets and backed by investors including Bill Gates and Mark Zuckerberg is on a mission to bring inexpensive, private education to millions of the world’s poorest children.” Matina Stevis and Simon Clark- Wall Street Journal. Yet according to EdTech for All there are also another 250 million children who still cannot adequately read, write and count and add another 57 million who are still not in school.

Collaterally “a recent UNESCO study estimates that the total cost of educating all children at pre-primary, primary and early secondary levels reached $100 billion in 2012 and will rise to $239 billion annually between 2015 and 2030 (an estimated $20 billion deficit per year).  The expanding K12 populations across Asia, Latin America and Africa is unleashing immense pressures between affordability, fiscal budgets and educational supply on one hand, and the attainment of higher learning and employment expectations on the other.” Todd Maurer-Sinica Advisors

There was a time when most countries looked to show off their power by conquering more and more land. In the 21st century, while the concepts of border expansion are slowing down little by little, the more defining factor that is coming into prominence is education. While this might sound clichéd, the level of knowledge in a population is slowly becoming the measuring scale for determining prominence discernible on a global scale. And the balance is hanging on the level of education. The most important contribution to this factor, however, is how we can tackle the challenges of education for underdeveloped or poor. While it is undoubtedly true that educational levels have increased over the years beginning with simple things like the evolution of classroom management and slow digitization, we must also think of methods to lower the cost of education (while hopefully retaining quality and equity) or get someone else to pay for it but surely sending Band-Aid Treatment will not be a substantial help.

EdTech for All is a methodological approach that looks for local long lasting remedies brought forward by the local residents, itself by lowering the cost of education and getting endorsements for financial support. tribute this to the realization of governments of the fact that developing a global education system locally is highly lucrative economically, there is another facet to this. A mere two decades back, it was unthinkable for the common man to be able to own personal devices for communication. Yet that is exactly what rapid digitization has brought forth. Why then would the education sector be left behind? In fact, this is exactly the drive which most governments are pushing forth.

EdTech for All Brought Forth by Competition

Now take a look at our recent gains in education technology. It is no secret that a competitive environment fosters growth. As such, when one institution experienced exponential growth in results by following certain guidelines, all else followed. With the advent of concepts like Flipped Classroom, engaging content in the form of games and Bring Your Own Device (BYOD), most educational institutions have progressed to the next age. Can we implement these gains with much lower costs to model other educational systems?

The Need for Customized Solution

At Cetrix we have focused on cost effective approaches to enhance the EdTech for all. We believe that every institution’s needs are different and simultaneously there are solutions for every specific item of education technology on agenda. That is why we have been one of the global pioneers in the race for digitization of education. From offering enhancements in both device capabilities and add on features specific for the environment, we understand exactly what a school would require. An example of this was when Cetrix was awarded the 4 Year Framework Contract for London Schools. Cetrix has been making similar strides in the direction in a number of other countries in four continents including US, Africa, Middle East and even Oceania. With features ranging from HD displays and Active Stylus Pens to Ultra-high speed AC WiFi, we know that the small points make the biggest impacts. Education is changing and Cetrix is embracing these technological changes to help evolve education to the next level under the banner of EdTech for all.