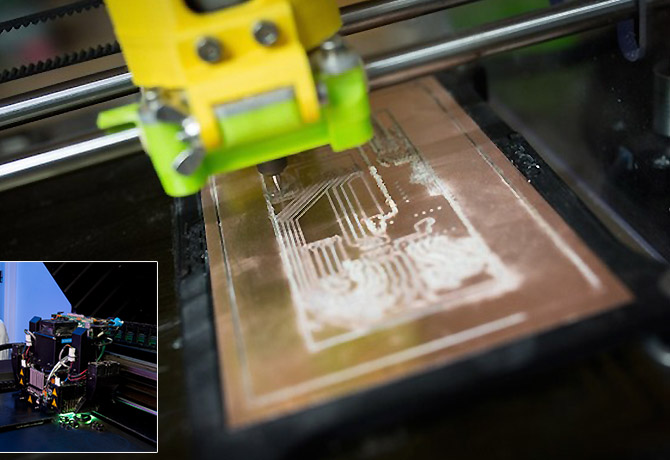 After all, the benefits of rapid or fast prototyping are numerous, and as such it has gained a lot of popularity in the last several years. Rapid prototyping is a way of creating a fast and accurate scale model or prototype of the actual product with the help of 3-D CAD (Computer Aided Design) data. It is a great way of letting anyone- from amateurs to professionals- test, learn, modify and give final shape to their design ideas.

However, the process of creating a fast prototype haven’t always been easy.

Challenges in Creating a Rapid Prototype

Some of the prominent problems with the earlier ways of creating a prototype included:

To tackle the above challenges, the concept of interaction design and prototyping was born, and for this, the process of Hardware Sketching was created.

What is Hardware Sketching?

A hardware sketch is one of the foundations of technology design process. While sketching on paper helps designers to give a form to their ideas, sketching in hardware takes it one step further and allows them to explore possibilities and feasibilities of their designs in a more physical way. With this process, designers can assemble technological components quickly and openly, helping them with the experiential aspect of the design. It does require some kind of software support most of the time, but it is more about the physical interactions of the components than virtual simulations.

However, sketching in hardware still remains quite challenging in spite of the latest progress in this area and the availability of new tools and toolkits.

There are several rapid prototyping generator and popular open-source electronics platforms such as Arduino, which enables everyone to make interactive designs. Especially since this platform is open-source, contributions from thousands of people from across the globe have helped in making it more adaptable and useful for a large variety of projects.

Some other open-source programming frameworks and cross-platforms are also available for microcontrollers based boards, such as those provided by Wiring. These enable code development, creation of interactive new prototypes, and other creative experiments. Thanks to their versatility, these rapid prototyping generators prove beneficial to students, teachers, hobbyists, designers, architects, musicians, programmers, and so on.

Most of these fast prototyping generators use Peripheral Interface Controller or PIC since these are low cost, widely available, re-programmable, and have serial programming.

Despite its several benefits, the process of prototyping comes with its own challenges, most prominent of which is the cost. And so, using tools and processes like sketching in hardware, rapid prototyping generator, and other open innovations can not only make this process cost effective but also make the interaction between a product and its intended users more meaningful.

About Olsen Antos
Olsen is a solution architect at Cetrix Technologies Ltd, responsible for virtual prototyping. His role is to validate a design by simulating and visualizing its behavior under real-world operating conditions, and refining the prototype through an iterative process. Olsen holds an MSc. In Numerical Analysis from Essex University in Britain. Before joining Cetrix, Olsen worked 11 years with manufacturers across Europe and North America advising and helping them to get the most out of their investment in CAD, CAE, CAM, PDM, PLM and BPM technologies.